Listen to the radio by country.

Listen to the world’s radio channels without interruption.

Listen ad-free with easy to use. 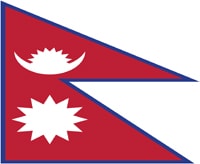 The History of Radio

In 1919, the world’s first radio station started broadcasting. Since then, many other stations were built throughout Europe, and tried to spread radio among people. Station managers strived hard to grasp people’s attention by planning interesting programs.

Sports, music and audio theater was major fields of their programs. It actually succeeded, and soon, many households started to buy and listen to radio. As radio became widespread medium, many radio stations were newly established. They competed one another to gain more popularity by broadcasting attractive programs.

Until television was developed, radio maintained its fame in almost every type of program. Since radio was so popular a, it was its broadcasting was also used for political purposes. But after the invention of a television, radio started to specialize in music programs or news.